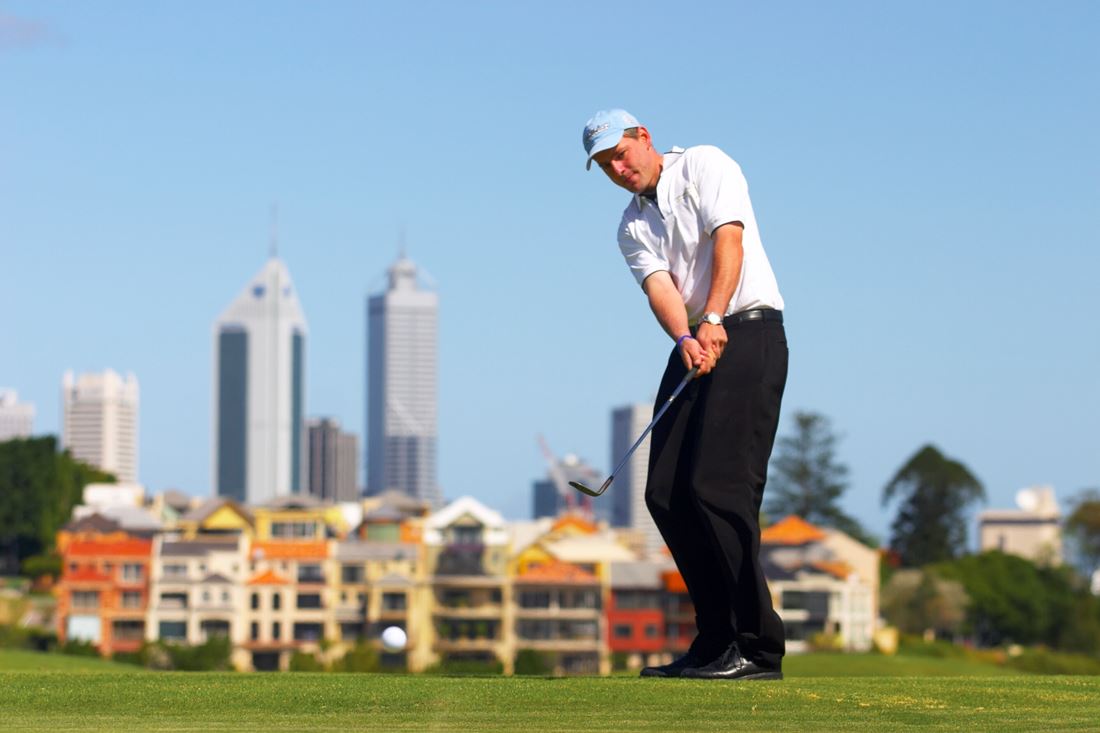 Burswood Park, and the Peninsula on which it sits, have an important place in the long and rich history of Western Australia.

In 1829, 30-year-old settler, Henry Camfield, arrived at the Swan River colony from the United Kingdom, with his two indentured servants, Richard Smith and Frederick Friend and their families. On arrival, he was granted 1,000 acres of mudflat wetlands - naming it 'Burrswood' after his family home in Kent (which he was ultimately never to see again!).

Wattle and daub houses were soon constructed on the Peninsula by carpenter Richard Smith, though inexperience with the foreign conditions and climate resulted in little prosperity - and near starvation - for the group, with the failure of their cabbage, wheat, corn, swede and potato crops for a number of years.

The mudflats located between the western edge of the Burswood Peninsula to Heirisson Island proved to be an obstacle for boats making the trip from Fremantle to Guildford, with even the flat bottomed boats needing to be pulled out of the water and dragged across the flats. So in 1831, a canal was constructed to make the journey quicker - opening the Peninsula to greater trade.

In 1895, Western Australia’s first golf course opened on the Burswood Peninsula and, four years later, a horse racing course was opened in the same area causing golfers to pause to allow horses to gallop by before continuing their hole of golf! The race track, which is now known as Belmont Park, held its first meeting on 9 December 1899 with 500 people attending the six races culminating in the main event - the Burswood Cup.

Twenty-two acres of Burswood land was reclaimed between 1906 and 1922 from owner Albert Cockram to build filtration beds for sewerage syphoned from Claisebrook, however complaints from locals cause the filtration beds to close in 1934. The negative association with Burswood caused by the sewerage system offended the locals to the extent that a name change was demanded and developers were forced to change the land offering from Riversdale Estate to Rivervale.

The Western Australian Cement Company (which later became Swan Portland Cement Limited) opened in 1921 using shells from the Swan River floor as a source of lime for the cement works. A mechanical drag retrieved around 181 tonnes a day from the river bed and an estimated 2.7 million tonnes between 1927 and 1956.

During the same period the area was also used for waste disposal. Domestic garbage stopped being dumped in 1972, though the site continued to be used for building and construction rubble for a number of years.

In 1985, the Peninsula was given a new lease on life with the Western Australian Government granting a casino license for a joint venture between Dallas Dempster and Malaysian Genting Group.  Burswood Casino (now Crown Perth) subsequently opened in December 1985 after significant site remediation and, two years later, an accompanying resort was completed on the 100-hectare site.

Recognising the revitalisation of the area, in 1986, Burswood Park Board was established with the objective of establishing parkland area which attracts people, encourages usage and provides enjoyment.

From 1988 to 2013, the Burswood Park Golf Course was the centrepiece of the park and its spectacular surrounds. For a quarter of a century, the public course flourished - coming a long way from the ‘wire grass’ and deep drains full of water in 1896! - before making way for the construction of the Perth's new 60,000-seat stadium, now known as Optus Stadium.

Over more than three decades, Burswood Park Board has overseen the management and development of Burswood Park as one of Perth's most loved public parklands - managing 56-hectares of gardens and public open space, a vibrant annual calendar of events, an historic heritage trail, and more.