Standing on the land he called 'Burrswood', the English settler who almost starved to death in his attempt to turn this alien land into an English garden, leans on his shovel in helpless despair.  His weary demeanour captures the sense of hopelessness that enveloped the early 19th Century migrants, who clung to the sandy edges of the new continent.

This magnificent bronze sculpture was designed in 1996 by Charlie and Joan Smith and stands two metres tall. 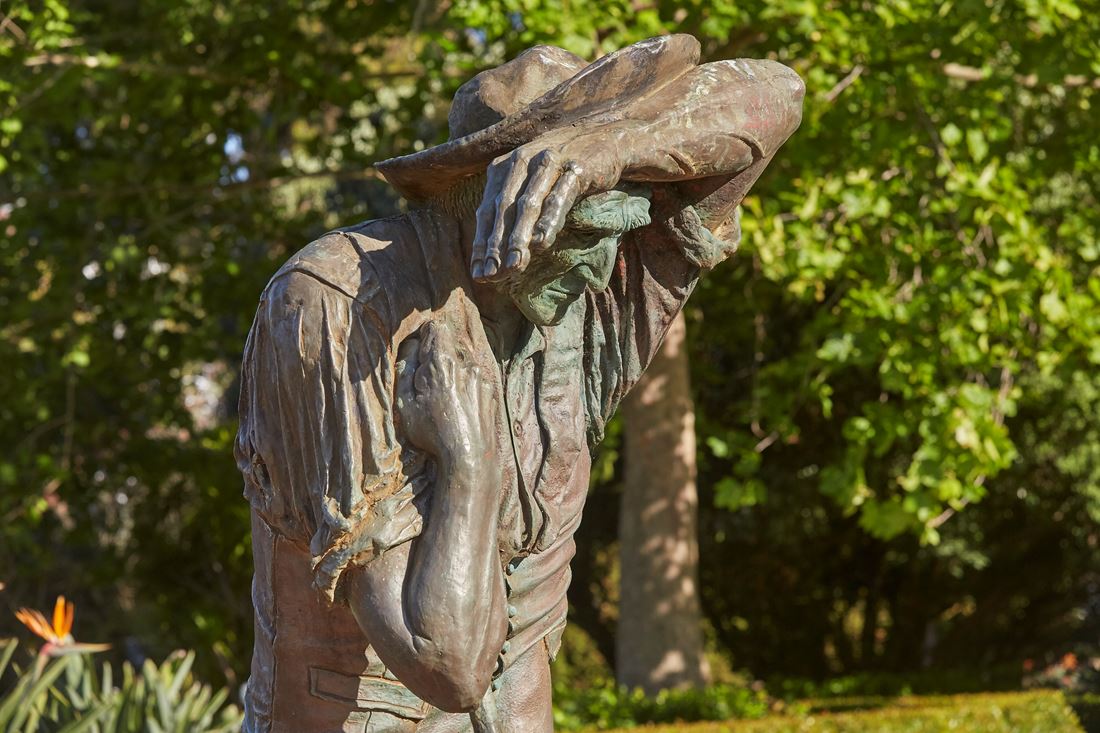