On 23 April 1974, Japanese city Kagoshima entered into a sister-city relationship with Perth to promote goodwill and peace among the nations of Australasia.

Kagoshima Park is a living symbol of this bond - commemorated by this plaque within the park.

The Mayor of Kagoshima has visited Perth on several occasions, most recently in January 2020, and planted native Australian trees in Burswood Park each time to commemorate this relationship. 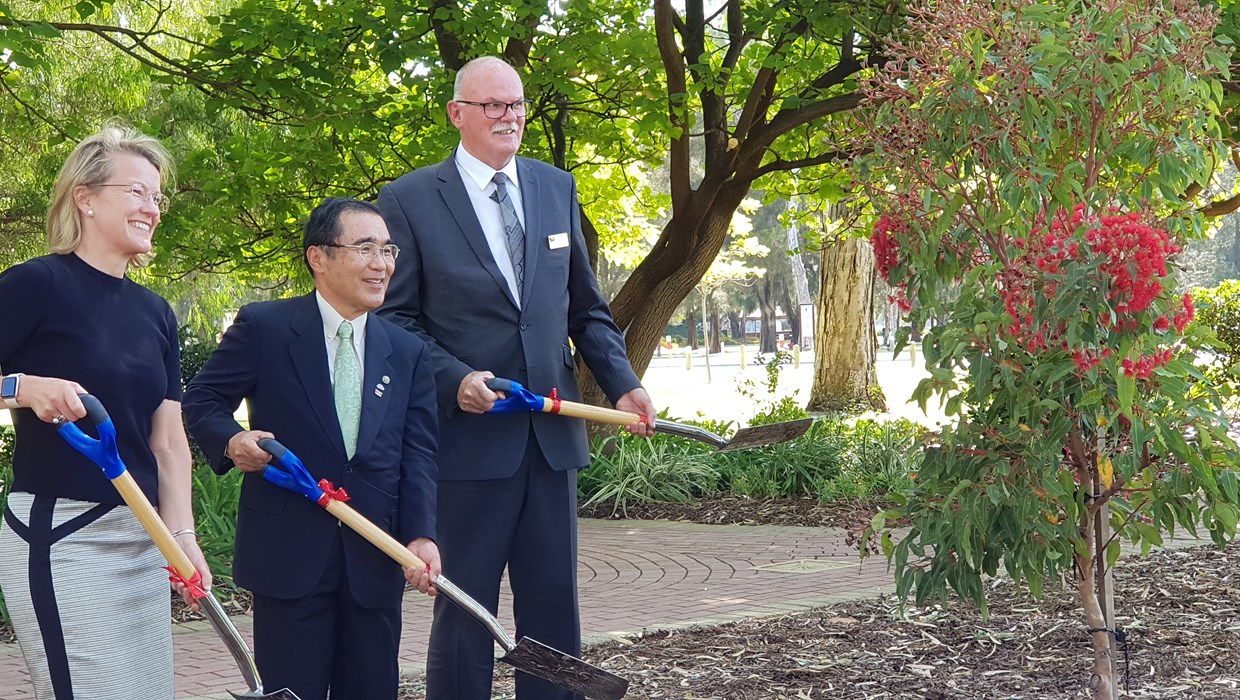 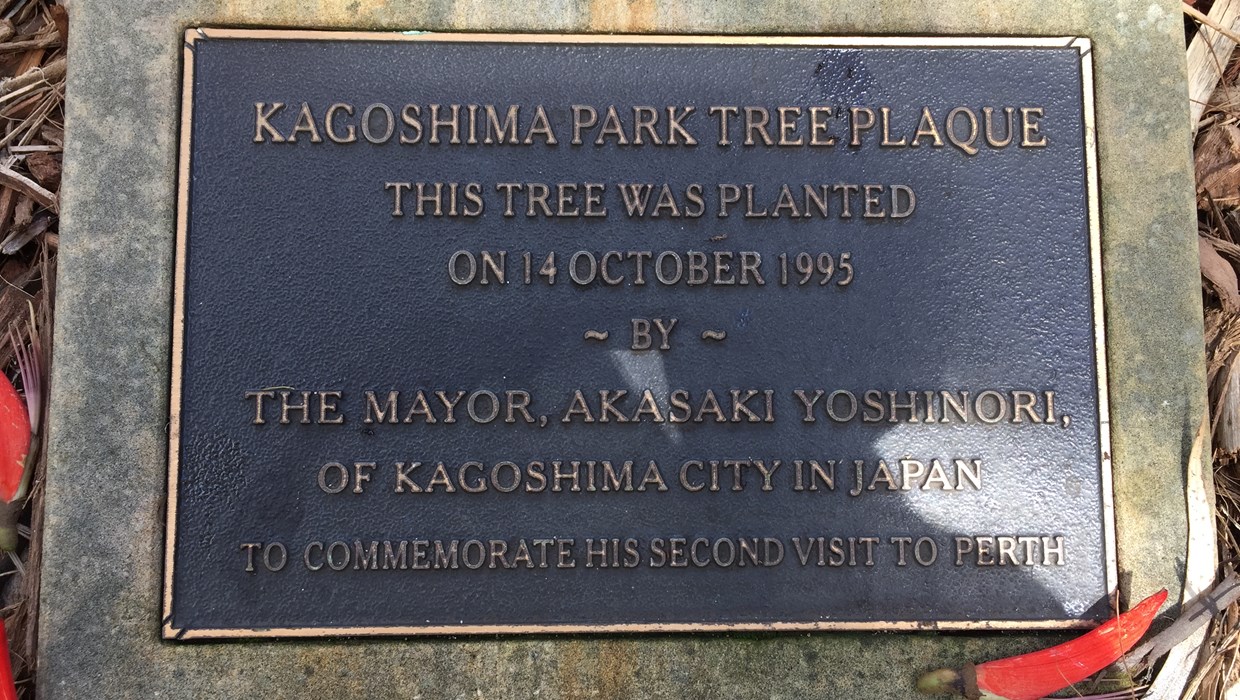