Western Australian marathon swimmer, Shelley Taylor-Smith, won gold at the 1991 World Swimming Championships in the inaugural 25-kilometre distance race, an event that commenced and finished on the Burswood Park foreshore.

A commemorative plaque now stands on the banks of the Swan River, and features a reproduction of a Western Australian newspaper picture that was taken as Taylor-Smith exited the water after her outstanding swim.

The plaque was unveiled on 12 January, 1998, on the 7th anniversary of her gold medal winning swim.

Taylor-Smith's record is all the more remarkable given the obstacles she's overcome that include; growing up with scoliosis, being diagnosed in 1998 with chronic fatigue syndrome and surviving a life-threatening case of Giardia lamblia infection from prolonged exposure to polluted water. 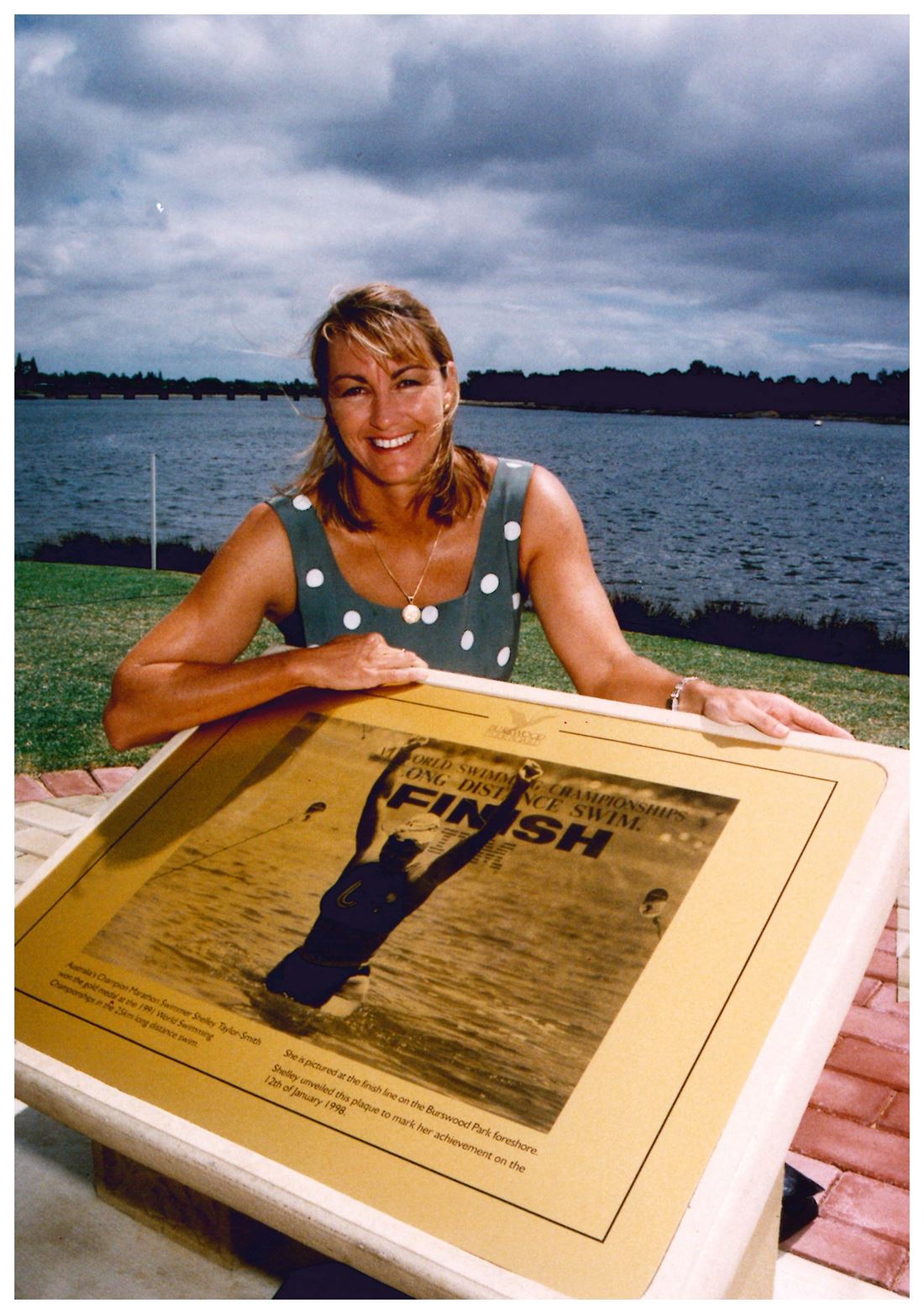