This beautiful sculpture of Dame Mary Durack shows the Australian historian and author engaged in a dialogue with her 'young self' - taking on the role of ancestor and passing on the history of Western Australia through her play, The Swan River Saga (1976).

One of the earliest park sculptures, the work was designed in 1996 by Charlie and Joan Smith. 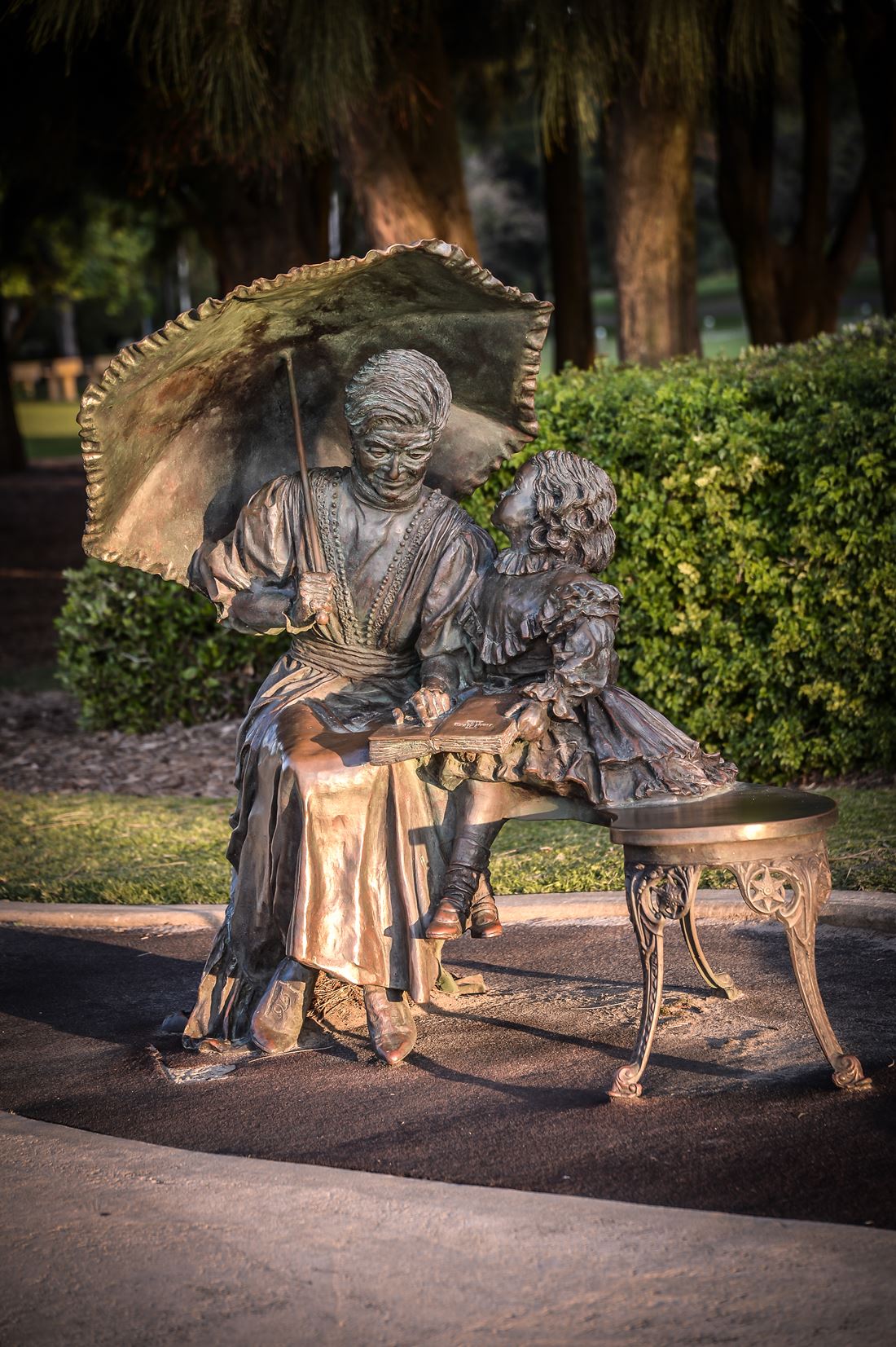 Dame Mary Durack was raised at the remote Argyle Downs and Ivanhoe cattle stations in the Kimberley region of Western Australia. In the late 1920s and early 1930s, Dame Durack and her sister, Elizabeth, managed the Ivanhoe cattle station, whilst their brother managed Argyle Downs. The Durack family were pioneers in the settlement of the area by Europeans. They lived and worked very closely with the local indigenous people, learning everything from how to cook to how to muster cattle. The story of her family's history is written in Kings in Grass Castles, and its sequel, Sons in the Saddle.

In 1935, Dame Durack and her sister, Elizabeth, published their first collaboration, All About: The Story of a Black Community on Argyle Station. The collaboration produced a number of children's books including: Chunuma; Son of Djaro; Way of the Whirlwind; The Magic Trumpet; and, To Ride a Fine Horse. Dame Durack’s most notable children's literature was the story of the Nyungar man, Yagan, which was published as The Courteous Savage: Yagan of the Bibbulmun and Tjakamarra: Boy between two worlds.